After transport: Detecting defects and faults in products in time

Start-up originating at the wbk Institut für Produktionstechnik determines the degree of damage to products by sensors and can thus help to ensure that products are used for longer or replaced in time. 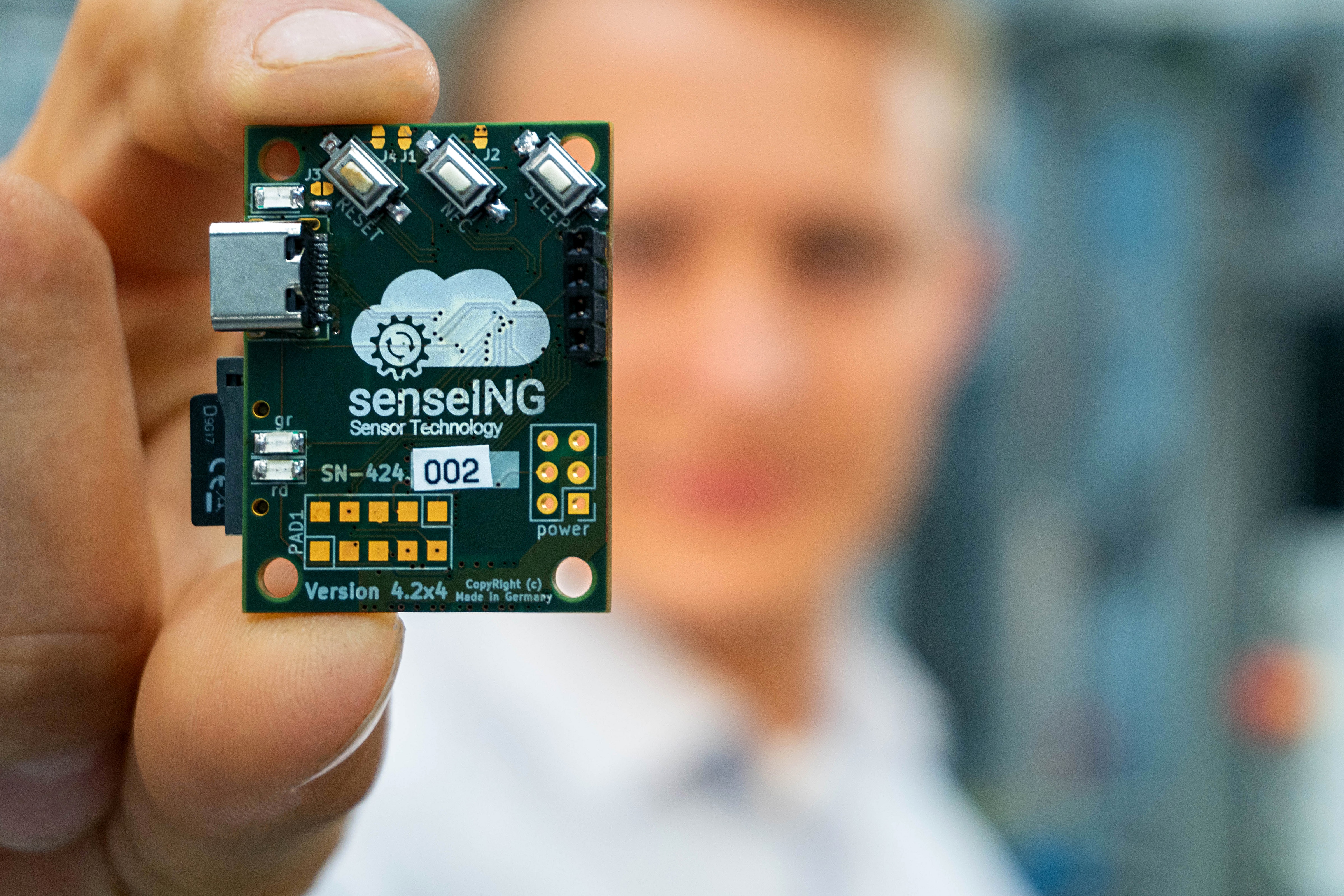 During transport it happens again and again that products are damaged unnoticed. The effects often only become noticeable much later, when the products are installed in other parts - for example in automobile production. Waiting for spare parts then can cost a lot of time and money. The start-up company SenseING - Sensor Technology, which originated at the wbk Institute for Production Technology at KIT, would like to bridge this gap with a specially developed modular sensor system.

During transport, the sensor detects that an error has occurred - for example, cargo has fallen over or been knocked and the goods have been partially damaged. Depending on the specific requirements of the application, the sensors record various parameters such as temperature, humidity and pressure, magnetic fields, acceleration or rotation rate. The degree of damage can be read out with the appropriate software in order to take appropriate measures. Sven Kruse, co-founder and managing director of SenseING: "Currently, we are still defining the parameters that the sensors monitor ourselves. The goal is for each customer to put together the required components of his sensors individually and to be able to read out the results directly and in real time. The sensors are already independent of a power source, i.e. plug-and-play capable". 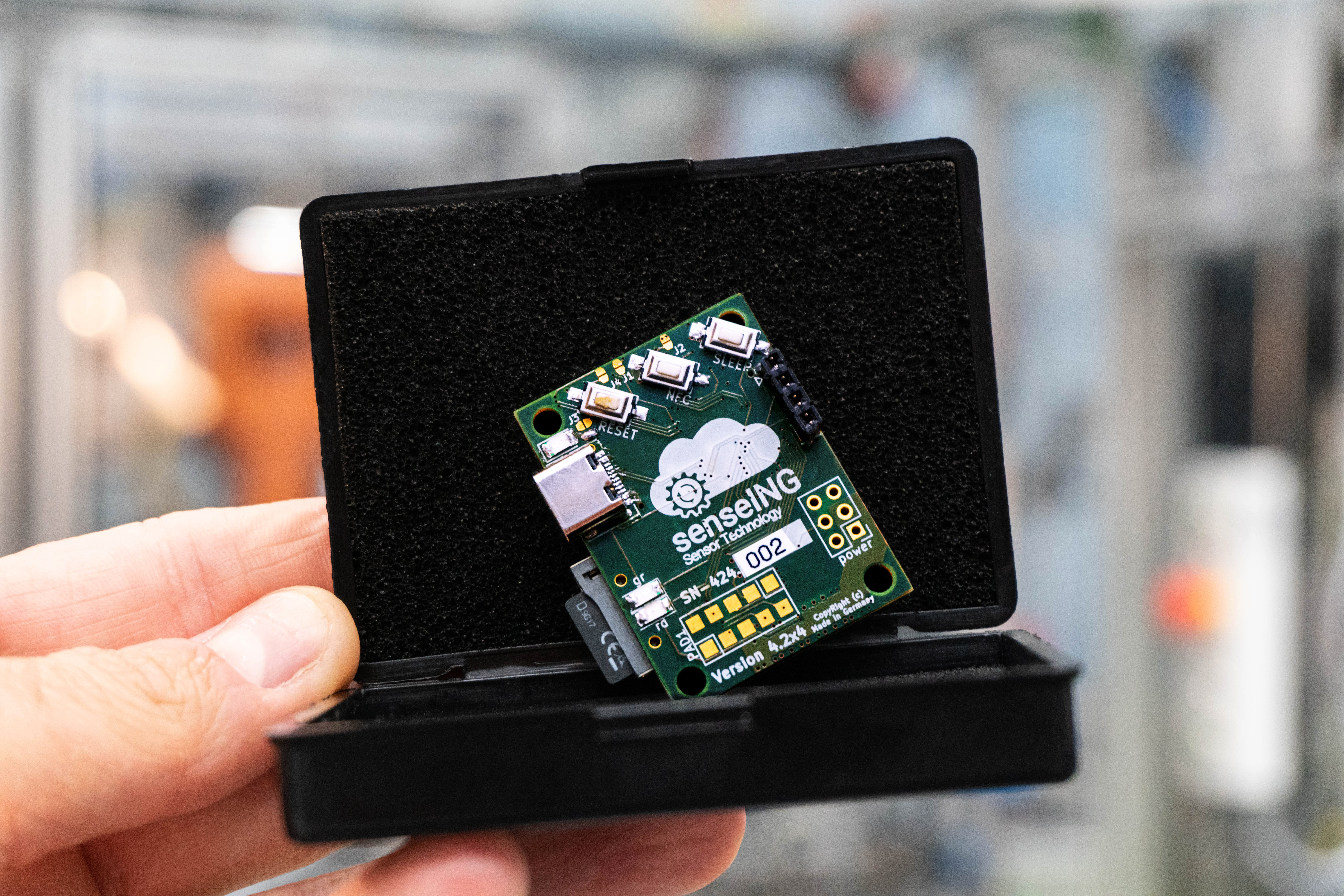 Board of the prototype

The board was developed by the scientists themselves. It is now also certified for aviation. The team was able to find out the stresses to which a coffee machine in an airplane or during the charging process is exposed. This is important to improve the life expectancy estimate, as the machines are certified for a defined lifetime. The prototype of the "sensor construction kit" is currently in the proof-of-concept phase.

The SenseING team is currently looking for industrial partners to test various use cases, for example in logistics, production and product development.

To the origin of SenseING:

Sven Kruse and Kiryl Deschuk participated together in the wbk Hackathon IoT in 2018 and also wrote their master theses on the topics of energy-autonomous measuring units at the wbk Institute for Production Technology. Their start-up has now grown to a team of four. 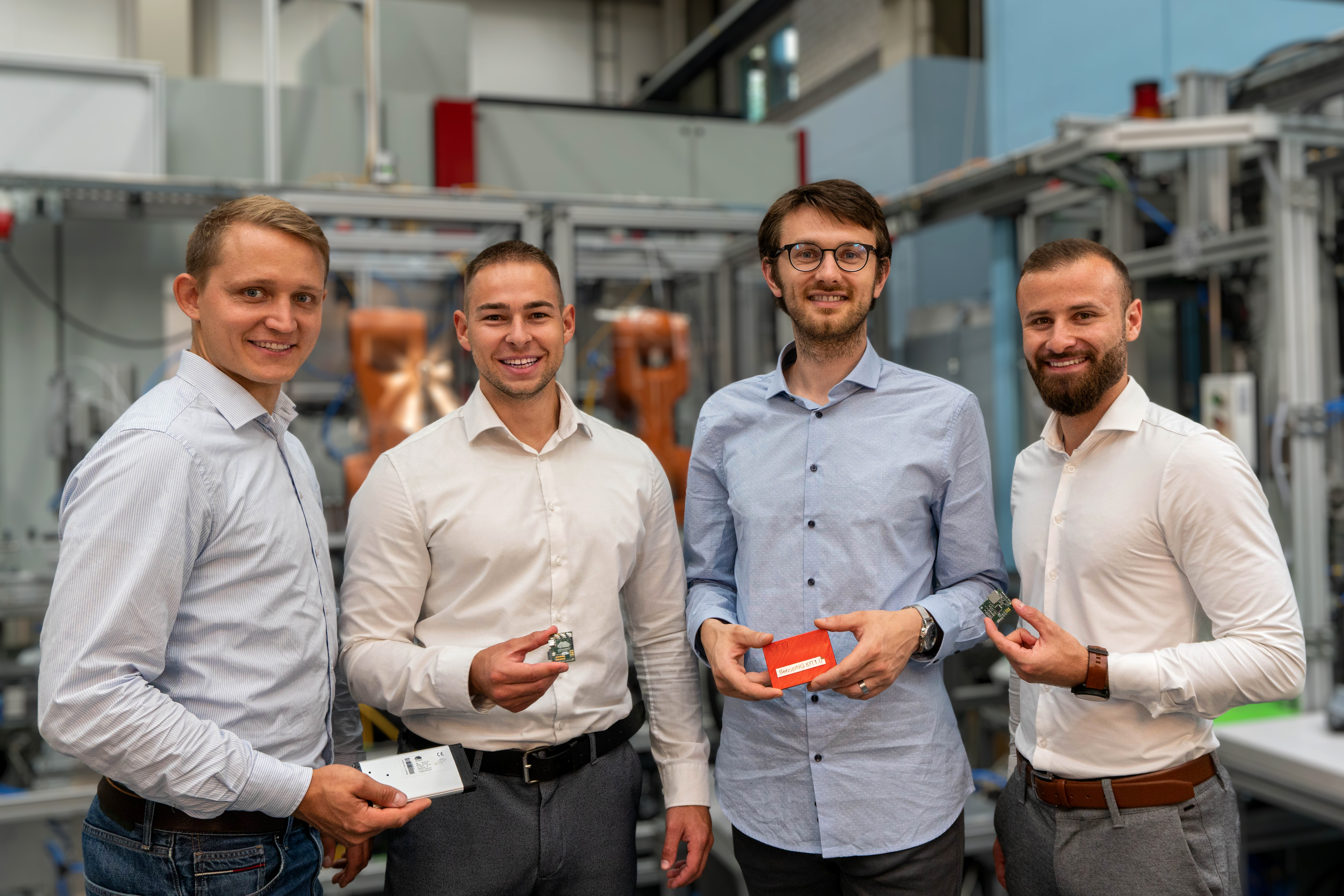